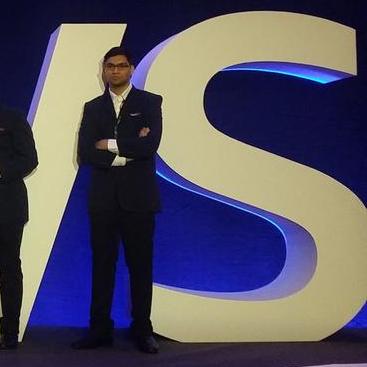 passionate in electronics, artificial intelligence and cloud computing, I am brewing a stew based on my passions. - World Solar Challenge participant

The device that generates the clock signal is called the primary device. SPI devices support much higher clock frequencies compared to I2C interfaces. Users are advised to read the data sheet for the clock frequency specification of the SPI interface.

Serial Peripheral interface is commonly used to talk to a variety of peripherals, such as

Advantages of SPI vs UART

The standard SPI connection involves a primary microntroller connected to a secondary microcontroller using the Serial CLocK (SCK), Master Out Slave In (MOSI), Master In Slave Out (MISO), and Chip Select (CS) lines.

The primary microcontroller initiates data transfer using the clock signal. The clock line synchronizes the two communicating devices. For example, this way both can agree that they’ll read and write data on the positive voltage transition. Both primary and secondary devices use the clock signal to synchronize their voltage signals on the MOSI and MISO data lines.

MOSI and the MISO are the data lines. With every clock tick, both the primary device and the secondary device transmit and receive a bit of data on MOSI and MISO lines respectively. As a result, the concept of send and receive doesn’t exist like UART - both devices are sending and receiving all the time.

The primary device configures the clock, using a frequency supported by the secondary device and selects the secondary device by enabling the CS signal(LOW) in order to begin a transmission. During each SPI clock cycle, a full-duplex data transmission occurs. The data is simultaneously transmitted (shifted out serially onto the MOSI bus) and received (the data on the bus (MISO) is sampled or read in).

The primary device should also configure the clock polarity and phase with respect to the data.

The CS line is tied together for all the secondary devices and data propagates from one chip to the next. All chips receive the same SCLK. The MISO of the first chip is connected to the MOSI of the second chip and so on …

The whole chain acts as a communication shift register; daisy chaining is often done with shift registers to provide a bank of inputs or outputs through SPI. In this method, as data is propagated from one chip to the next, the number of clock cycles required to transmit data is directly proportional to the chip position in the daisy chain.

The advantage of the Daisy-Chain method is that you save a chip select signal for each slave SPI device. Other applications that can potentially interoperate with SPI that require a daisy chain configuration include SGPIO, JTAG and I2C.